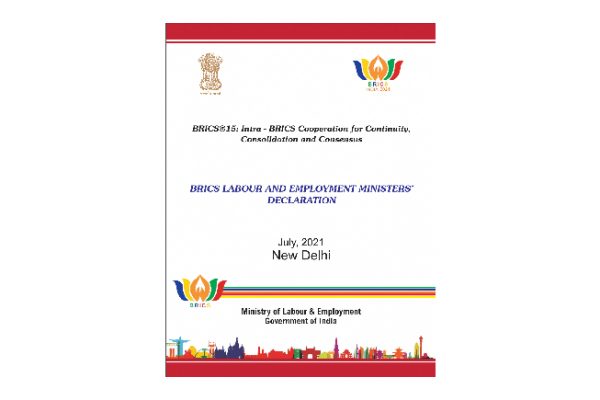 ILO Director-General Guy Ryder has welcomed the commitment made by Brazil, Russia, India, China and South Africa (the BRICS countries) to take more action to support labour markets in meeting the unprecedented challenge of COVID-19 .

“Sustaining jobs, enterprises and income support measures at the necessary scale when resources are likely to become increasingly constrained will be a challenge,” Ryder told the ministers. “But avoiding reversing all the progress that has been made in reducing poverty, and ensuring no one is left behind, will require our continuing efforts…. It will also require higher levels of international cooperation and solidarity”.

In a Declaration issued at the end of the Meeting, the Ministers made a wide range of commitments intended to support enterprises, stable and inclusive labour markets, and human-centred development.

Click here to read more on the Meeting of the BRICS Ministers of Labour and Employment.