PARDEV takes part in the Academy “The Future of Labor and Future Jobs” (Praia, Cape Verde) 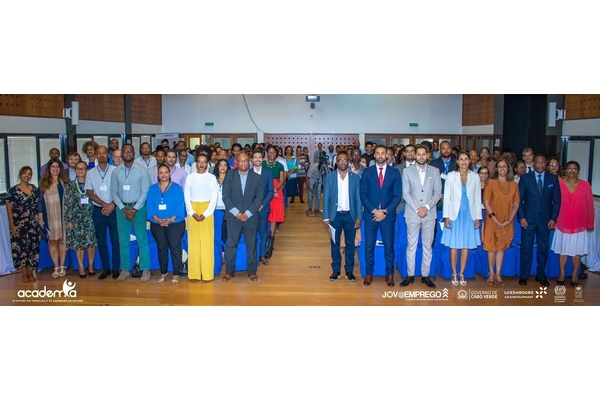 On the 13th November, the ILO’s Department of Partnership and Field Support (PARDEV) participated in the Academy “The Future of Labor and Future Jobs” in Praia, Cape Verde. The event promoted by the Government of Cape Verde as part of the Employment Support, Employability and Insertion porgramme called “Jov@Emprego” is executed by the ILO and the United Nations Development Program (UNDP) with funding from the Grand Duchy of Luxembourg.

During the event, Anita Amorim, Head of the Emerging and Special Partnerships Unit (ESPU-PARDEV), stressed the importance of young people in the report of the Global Commission on the Future of Labour, launched on January 22, 2019. The report, as the ILO Centenary Declaration (adopted at the International Labor Conference in June 2019), focuses on increasing investment in people’s capabilities,in the institutions of working and in decent and sustainable work for all people. Within a human-centered approach that puts people’s rights and the needs, aspirations at the center of economic, social and environmental policies, the ILO Centenary Declaration places particular emphasis on promoting employment policies with an emphasis on young people.

The Declaration also recognizes the importance of perspectives on the Global South and, in this sense, South-South and Triangular Cooperation (SSTC) plays a leading role as a tool for sharing experiences among countries in the South. SSTC, by encouraging the exchange of good practices in integration of young people in the labour market have contributed to support the Global South to achieve the agenda proposed by the Declaration.

Click here to know more about the ILO Centenary Declaration