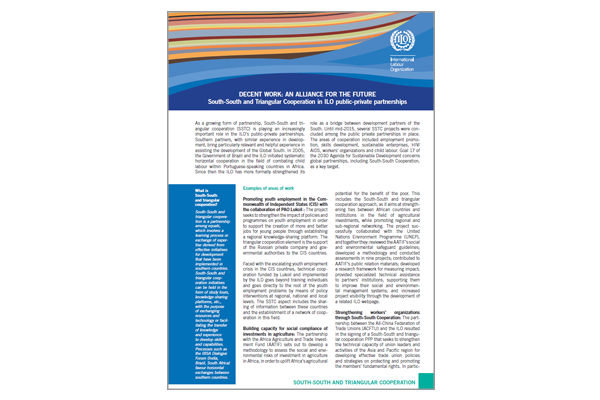 As a growing form of partnership, South-South and triangular cooperation (SSTC) is playing an increasingly important role in the ILO’s public-private partnerships. Southern partners, with similar experience in development, bring particularly relevant and helpful experience in assisting the development of the Global South. In 2005, the Government of Brazil and the ILO initiated systematic horizontal cooperation in the field of combating child labour within Portuguese-speaking countries in Africa. Since then the ILO has more formally strengthened its role as a bridge between development partners of the South. Until mid-2015, several SSTC projects were concluded among the public private partnerships in place.